We’ve been working on Transcriptive for like 3 years now. In that time, the A.I. has heard my voice saying ‘Digital Anarchy’ umpteen million times. So, you would think it would easily get that right by now. As the below transcript from our SRT Importing tutorial shows… not so much. (Dugal Accusatorial? Seriously?)

ALSO, you would think that by now I would have a list of terms that I would copy/paste into Transcriptive’s Glossary field every time I get a transcript for a tutorial. The glossary helps the A.I. determine what  ‘vocal sounds’ should be when it translates those sounds into words. Uh, yeah… not so much.

So… don’t be like AnarchyJim. If you have words you know the A.I. probably won’t get: company names, industry jargon, difficult proper names (cool blog post on applying player names to an MLB video here), etc., then use Transcriptive’s glossary (in the Transcribe dialog). It does work. (and somebody should mention that to the guy that designed the product. Oy.) 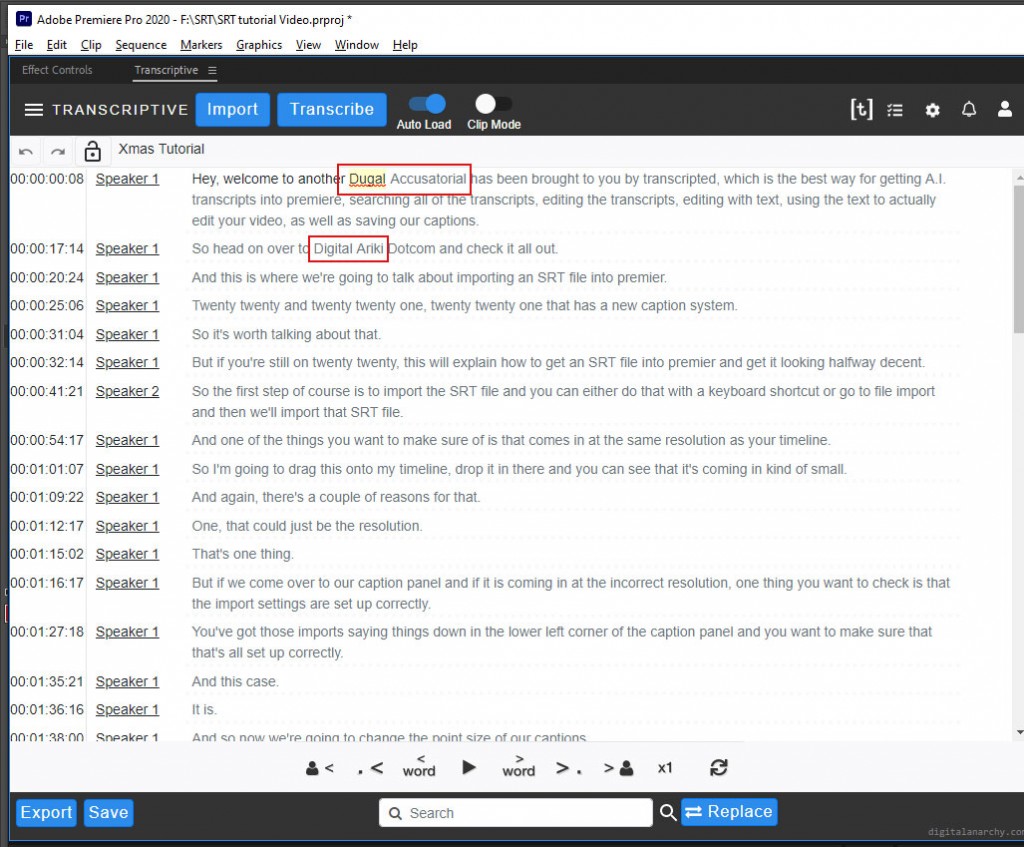 Overall the A.I. is really accurate and does usually get ‘Digital Anarchy’ correct. So I get lazy about using the glossary. It is a really useful thing… 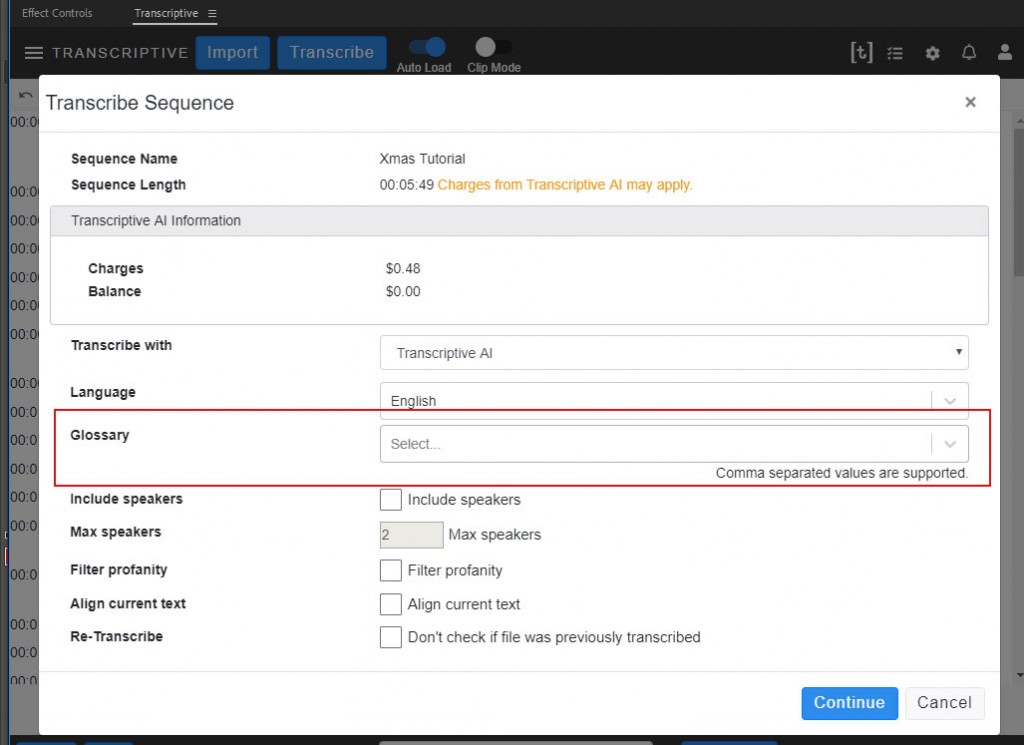