We’ve gotten a couple tech report requests about this lately, so it’s worth noting.

In earlier versions of FCP X, there’s a bug where third party effects will sometimes render a blue frame. This was solved in 10.0.9 (I think). So it’s been fixed for some time, but folks need to upgrade (which is FREE).

For plugins to run correctly you REALLY need to update FCP X. This effects all plugin developers, not just Digital Anarchy. I understand the hesitation about upgrading an app that’s working for you, but in this case you really should upgrade. It’s free and will prevent you from eventually running into the problem… probably right in the middle of a big project (when you shouldn’t upgrade) with a plugin you HAVE to use. There’s no way to get rid of the blue frame if it’s happening other than to upgrade.

Here’s a link to the Apple Knowledge base with info about it: 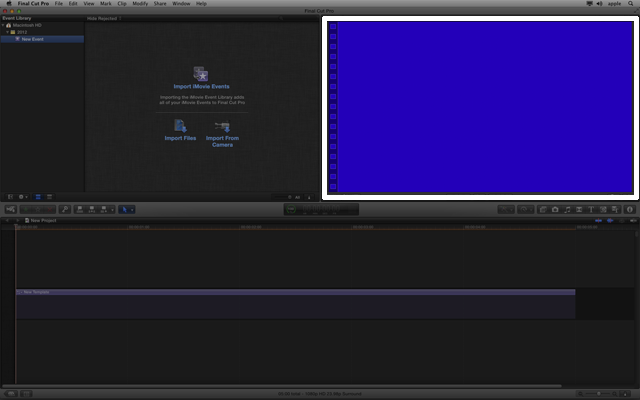