When we first start selling 3D Invigorator there were some questions about when you would ever need such a tool. But for designers it can give you some really interesting options without going into a 3D program. GoMediaZine, an online magazine for designers, recently had a tutorial on some very cool typographic effects. In the tutorial they use Cinema 4D, an excellent 3D program. However, they could have used 3D Invigorator.

Let’s talk about how. Here’s the original image for Gomediazine.com: 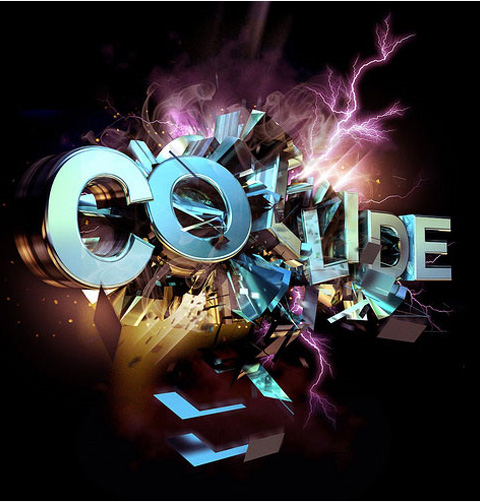 Here’s some 3D text I whipped up in 3D Invigorator in about 15 minutes: 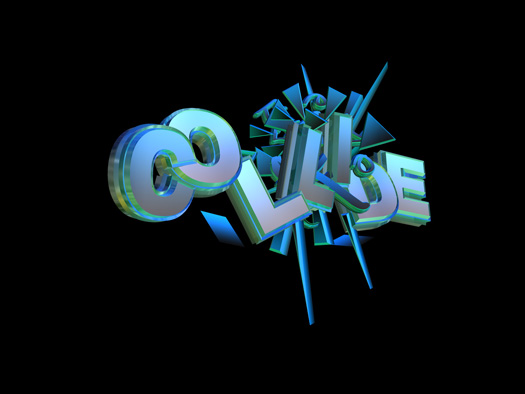 This isn’t a perfect recreation. I didn’t spend that much time on it. And, of course, if you want the explosion and lightning, you’ll need to go through the gomediazine.com tutorial as they teach you how to do that. I’m just here for the 3D text. I wanted to show some of the possibilities of 3D Invig and on a basic level how I created it.

In the 3D Invigorator tutorial sections, the basic video tutorials go over how to move and rotate text and lights, so I recommend checking those out. They’ll tell you everything you need to know about positioning the text as I have here.

The debris around the text is a little trickier. 3D Invigorator doesn’t really have a great way of generating random polygons for this purpose. So… enter Adobe Illustrator.

I used Illustrator to create some debris. Just by going in and scribbling with the wacom pen and creating some squares and triangles. Here are a couple debris files: 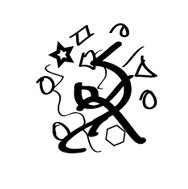 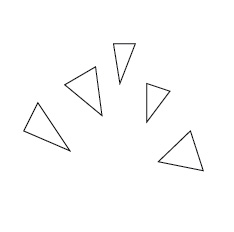 Since 3D Invigorator can accept Illustrator Files (you need to save them as Illustrator CS files though!), I just imported these, rotated and scaled them a bit and instant debris! Obviously with a little more effort you can create just as much debris as the original had.

So that’s a quick way of adding random elements to the text you create in 3D Invigorator. There’s no limit to the number of objects that can be added to an Invigorator scene. So feel free to whip up all sorts of cool shapes in Illustrator to accentuate your text.

HOT TIP: You can save your scenes! Go to File>Save Scene… If you’ve created a really big setup and spent a lot of time working on it, make sure you save it. If Photoshop crashes or the power goes out you’ll (as usual) lose everything if it’s not saved.