In late July, we released Primatte Chromakey 3.5, a terrific update for using our greenscreen masking tool in Adobe Photoshop CS5 and 64-bit native operation. Also in July, a terrific article appeared in Post magazine about how to set up for greenscreen. The article is ‘The Keys to Shooting Greenscreen’ and it’s written by one of my favorite industry writers, Randi Altman, who is also Post’s editor. 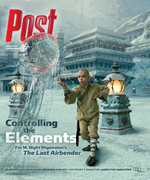 Randi’s topic is really about greenscreening for video and film (with specs like HDCAM and 35mm/24fps) since Post is a broadcast media publication. However, her sage advice is completely applicable to working with photographs and other still images.

In fact, the subtitle of the article is exactly the mantra that we tell our Primatte Photoshop customers: “Give yourself enough time, light it right and plan ahead.”

An interesting topic in the article is when to break the rules. For instance, posing your models against white (almost never) or red (if the subjects are wearing green and blue) versus the standard chroma-blue or chroma-green back screen. Another compelling subject is the variation in location, preparation and conditions under which film/TV studios shoot their subjects. Sometimes the situation is planned and optimal and other times — as many photographers have surely experienced — the chromakey shoot is unexpected and requires imaginative resources.

Randi quotes from an interview with editor Tom Fulks of Detroit’s post-production studio Grace & Wild. “[He] says the basic rules of working with greenscreen have always been the same: it’s all about lighting and separation…”What’s changed is the technical prowess,” he says. “The Flames, the Nukes, the plug-ins… those are the things that have evolved.””

This statement is totally in line with our development of Primatte as an Adobe Photoshop CS5 plugin. When we took over the product in 2004, its core algorithm for recognizing color separation was good but the interface was clunky. Over the years, the algorithm has gotten exponentially better AND our interface wrapper has become more sophisticated and easier to use.

We are very proud of this latest Primatte release. As our president Jim Tierney said, “We’ve improved the speed and further enhanced the workflow, but Primatte 3.5 is just the beginning. Look for additional big changes in the coming months.”