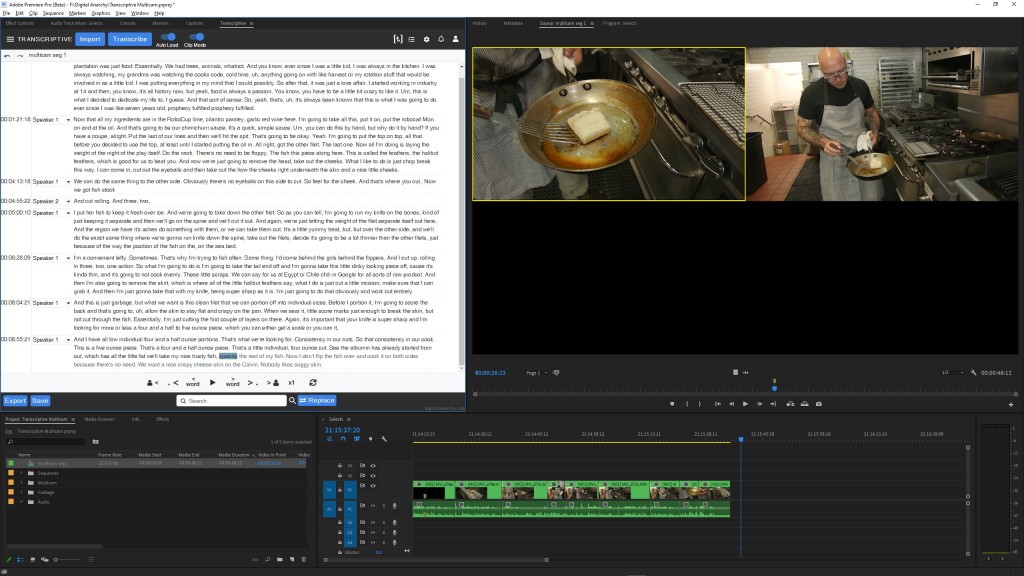 When we launched Transcriptive 2.0, which gave users the ability to transcribe Clips as well as Sequences, we started thinking that maybe if Transcriptive could treat multicam sources as clips instead of sequences it would be possible to transcribe them using Clip Mode.

Multicam is an odd duck. Technically they’re sequences, but Premiere treats them as clips. Sometimes. It’s a strange implementation which made it impossible for Transcriptive to know what they were. Adobe has made some changes with the newest Premiere Pro build. It’s currently the public beta but should be released soon (14.3.2 when it comes out).  The upcoming release of Transcriptive 2.5, which is in BETA, already supports these changes.

Another thing to keep in mind is that, if you are using the Transcriptive web app to share transcripts with team members, the multicam functionalities you find in Premiere Pro won’t be available on the web. You can share a Multicam Clip to the web app the same way you share any other clips. However, sharing the clip will use a default camera, and not the active camera. If you want to choose a specific camera to show on the Transcriptive web app, drop the multicam clip into a sequence and share the sequence, so that you can set what camera is uploaded. More on sharing Multicam Sequences to Transcriptive.com to come!

Multicam and Merged clips support are likely to be included in our next Transcriptive 2.5 release. Stay tuned! Questions? Email cs@nulldigitalaanarchy.com.