We were excited to receive an email from Aaron Brenner, of the LA Kings hockey team, letting us know that they had used Beauty Box Video on a high profile piece they were doing.

An interesting aspect to Beauty Box Video is that it’s difficult to get people to admit they are using it. A LOT of production companies have bought and loved the software but they’re a little shy about singing its praises publicly. Their actor and actress clients aren’t too keen about wanting fans to know they used software to make them (more) beautiful.

This wasn’t a problem for the subjects of Aaron’s production for the Kings. It’s a behind the scenes video of the photo shoot of the LA King’s Ice Girls calendar! Some very beautiful girls who you wouldn’t think would need much retouching. 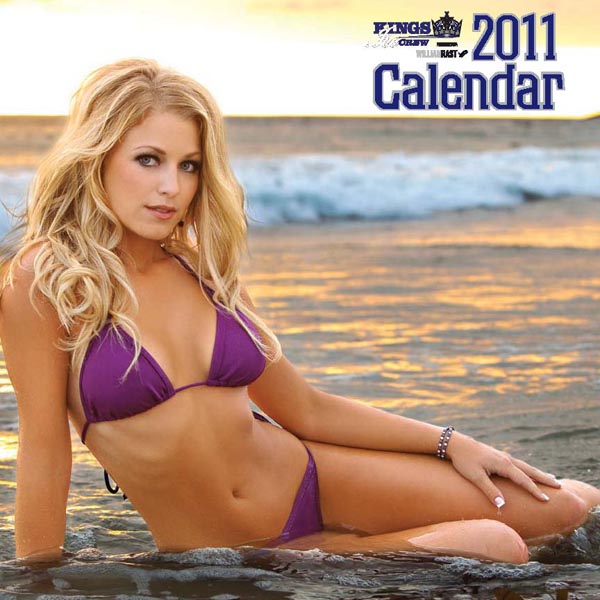 (Click on the image above to be taken to the King’s site and see the video.)

However, no situation is perfect.

Aaron and crew were shooting a photo shoot, which was set up to be ideal for photos, not necessarily for video. Most of the footage was shot with a Canon XL H1S, but a Canon DSLR was used for interviews, and a GoPro HD camera was used for underwater shots. All these cameras produce great footage, but it’s all HD. If makeup and lighting aren’t set up for video, HD is not always kind to the talent’s skin texture. This is why Beauty Box has been so popular and why Aaron really needed it on this shoot. He was nice enough to answer a few questions about the production:

AnarchyJim: Beautiful models, professional photo shoot, makeup… you wouldn’t expect a lot of  retouching would be necessary. How did Beauty Box help you out?

Aaron Brenner: The girls looked beautiful, but the lighting conditions and overall shoot were geared toward the still photographs for the calendar. Beauty Box helped us clean up some of the shadows and skin tones as well as minor blemishes here and there. In the past, we had taken our footage, separated the highlights from the rest of the image and applied a diffusion filter to affect just the skin tones. Beauty Box cut our post-production time in half.

AnarchyJim: What were some of the challenges you ran into shooting it?

AB: Overall, we shot 8 hours worth of footage, using 3 different cameras and resolutions. The second you’re working with multiple cameras, formats and resolutions, you’re going to face challenges. Mixing 720 60p footage with 1080 60i and HDV is a huge challenge. We worked in Apple’s ProRes codec and Beauty Box didn’t slow down for any shot.

AnarchyJim: How hard was it to get good results from Beauty Box?

AB: Click. Click. Boom. Manually set the skin tone to match, or auto analyze the frame, then let her render. It’s pretty impressive. We also ran almost every shot through the 3-way color corrector built into FCP. So Beauty Box fit into our workflow nicely.

AnarchyJim: Where is the video being shown?

AB: Our finished product is shown on our telecast, on our website at lakings.com/calendar and in our arena on our brand new HD scoreboard. Overall, we are producing 15 3-minute videos. The first video is the behind-the-scenes feature you saw. The next 14 videos are profiles on each girl. Those are all currently being edited.

AnarchyJim: What other kind of work are you doing for the Kings?

AB: For the Kings, we handle everything from post-game interviews, behind the scenes features and bikini calendar photo shoots. We work around the clock to deliver up-to-the-minute Kings video to our fans on our telecast, in arena and online.

AnarchyJim: So far the Kings are doing pretty well. Any plans to ‘beautify’ the hockey players if they make it to the Stanley Cup?