In my mind, digital art first became looked upon as a medium in the early 90’s. I remember my art teachers in undergraduate school being grumbly and divided in terms of their acceptance of computer generated art being ‘real’ art. The old-time painters in particular hated computer graphics. Illustration teachers seemed more accepting because many were digitally generating their references or switching to a computer/hand rendered hybrid.

Those days are certainly very, very far behind us. I just read about a retrospective of Tim Burton, the well-known director and all-media artist, opening for five months at the New York Modern Museum of Art. Many painters and other traditional media artists have to wait for a posthumous show! 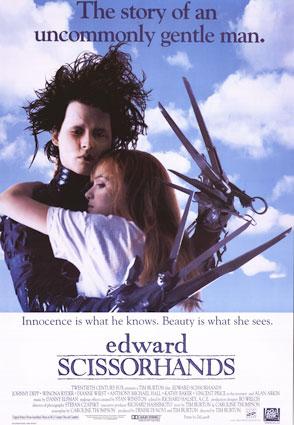 “Included are little-known drawings, paintings, and sculptures created in the spirit of contemporary Pop Surrealism, as well as work generated during the conception and production of his films, such as original “The Nightmare Before Christmas” and “The Corpse Bride” puppets; “Edward Scissorhands,” “Batman Returns,” and “Sleepy Hollow costumes;” and even severed-head props from “Mars Attacks!” Also featured are the first public display of his student art and earliest nonprofessional films; examples of his work for the flash animation internet series “The World of Stainboy” (2000); a selection of the artist’s oversized Polaroid prints; graphic art and texts for non-film projects, like “The Melancholy Death of Oyster Boy and Other Stories” (1997) and “Tim Burton’s Tragic Toys for Girls and Boys” (2003) collectible figure series; and art from a number of early unrealized projects. Additionally, a selection of international posters from Burton’s films will be on display in the theater lobby galleries.”

Go here for the official Tim Burton website, www.timburton.com,  and here on Wikipedia to read an unofficial biography.