I was at a user group recently and a video editor from a large ad agency was talking about the work he does.

‘web video’ encompasses many things, especially when it comes to advertising. The editor mentioned that he is constantly being asked to create GIF animations from the video he’s editing. The video may go on one site, but the GIF animation will be used on another one. So while one part of the industry is trying to push 4K and 8K, another part is going backwards to small animated GIFs for Facebook ads and the like.

Online advertising is driving the trend, and it’s probably something many editors deal with daily… creating super high resolution for the broadcast future (which may be over the internet), but creating extremely low res versions for current web based ads.

Users want high resolution when viewing content but ads that aren’t in the video stream (like traditional ads) can slow down a users web browsing experience and cause them to bounce if the file size is too big.

Photoshop’s timeline is pretty useless for traditional video editing. However, for creating these animated GIFs, it works very well. Save out the frames or short video clip you want to make into a GIF, import them into Photoshop and lay them out on the Timeline, like you would video clips in an editing program. Then select Save For Web… and save it out as a GIF. You can even play back the animation in the Save for Web dialog. It’s a much better workflow for creating GIFs than any of the traditional video editors have.

So, who knew? An actual use for the Photoshop Timeline. You too can create 4K animated GIFs! ;-)

One particularly good example of an animated GIF. Rule #1 for GIFs: every animated GIF needs a flaming guitar.

The Creative Cloud has gotten mixed reviews from users. Many users don’t like the idea of ‘renting’ software and feel Adobe is forcing them to pay more or gouging them. While this may or may not be true, there are other reasons for Adobe wanting to make this switch.

Software is traditionally done in big releases. You work for a year or more and deliver the final product with much fanfare. This is a feast or famine type of thing… users get all or nothing and the company bets the farm that the release is all that and a bag of potato chips. This really isn’t great for either users or the company.

END_OF_DOCUMENT_TOKEN_TO_BE_REPLACED

and how they felt about it. I thought I’d share the results as some of you may also be curious what you’re fellow users are thinking about the Creative Cloud. 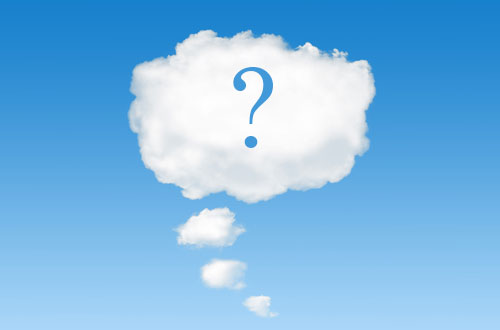 Keep in mind that the survey was done before Adobe announced the price drop on Photoshop & Lightroom to $10/mo. So the data is already somewhat out of date, but maybe sheds some light on why they dropped the price.

END_OF_DOCUMENT_TOKEN_TO_BE_REPLACED

Good article here about how the photo that would have won the National Geographic photo of the year, got disqualified because the photographer used Photoshop to get rid of a trash bag instead of cropping it.

If you’re going to enter contests it’s a good thing to read the rules, but it’s almost a certainty that if you bust out the clone tool or use Content-aware Fill you are going to be disqualified. Obviously if it’s a photo manipulation contest that’s different, but most photography contests want you to do everything in camera, limiting adjustments to minor tweaks like cropping and contrast, things that were relatively easy to do in the darkroom days.

Here’s the disqualified image, click on it to read the full article and see the original. 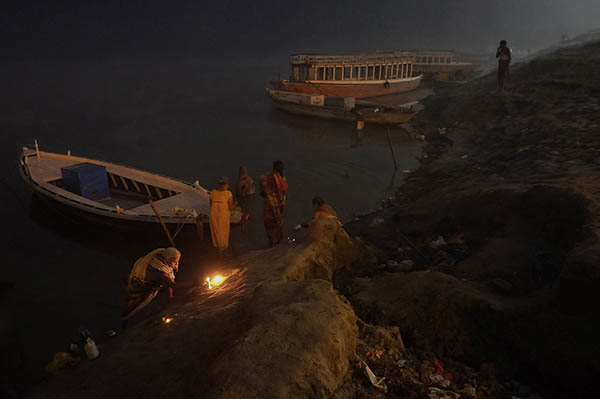 Ok, well I only hate one common use of it. That surreal, oversaturated look that seems to be the first thing everyone does when they try the technique. You don’t even need to use HDR, there’s a photoshop plugin for it and you can use Camera Raw to pull it off. Here’s an example of the style:

It’s a novelty look and I’m over it. It was cool for a very short time, then everyone decided they wanted to have surreal images. It’s not that hard of a look to achieve, so it’s not that impressive. Get over it.  :-) I much prefer to use HDR for what it was meant for… which is giving a slightly wider dynamic range to create a shot that has similar contrast and color range to what your eye actually sees. No one has seen colors like the photo above has. Alright, well, yeah I’ve taken mushrooms too, so maybe then… but not normally.

The better use for HDR…

END_OF_DOCUMENT_TOKEN_TO_BE_REPLACED

If you’re a photographer (or other content creator), one of your big concerns should be attaching your information to your photos. It’s pretty easy these days to pass photos around and for your photos to wind up in places you didn’t expect with no identifying info on them.

Luckily there’s a nifty tool in Photoshop to help you out with this. It’s called File Info. (under the File menu) The cool thing about this is that you can save your info as a template, which makes it easy to reapply the data to a large number of photos. 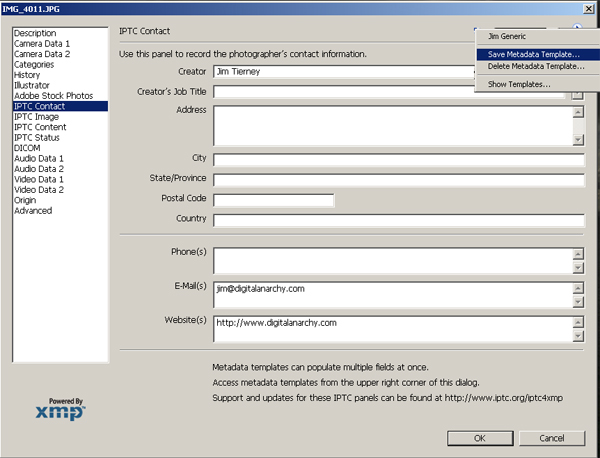 END_OF_DOCUMENT_TOKEN_TO_BE_REPLACED

Yes, it’s true, the latest smartcars are all because of Photoshop!