I’m a big fan of long exposure photography (and time lapse, and slow motion, etc. etc. :-). I’ve done some star trail photography from the top of Haleakala in Maui. 10,000 feet up on a rock in the middle of the Pacific is a good place for it! So I was pretty blown away by some of the images released by NASA that were shot by astronaut Don Pettit. 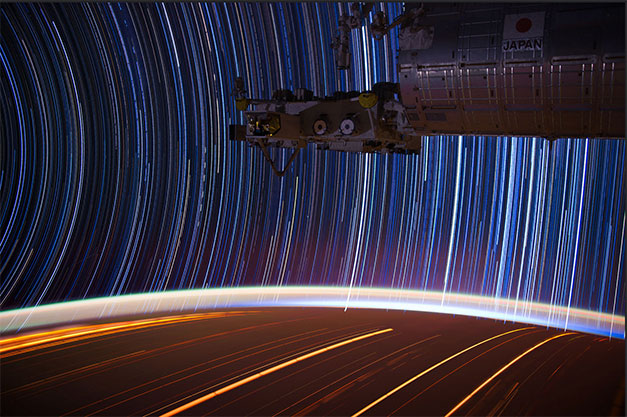 I think these have been up for a while, they were shot in 2012, but it’s the first I’ve seen of them. Absolutely beautiful imagery. Although they make the universe look like the TRON universe. These were all shot with 30 second exposures and then combined together, as Don says:

“My star trail images are made by taking a time exposure of about 10 to 15 minutes. However, with modern digital cameras, 30 seconds is about the longest exposure possible, due to electronic detector noise effectively snowing out the image. To achieve the longer exposures I do what many amateur astronomers do. I take multiple 30-second exposures, then ‘stack’ them using imaging software, thus producing the longer exposure.”

You can see the entire 36 photo set on Flickr.

Having done long exposures myself that were 10 or 15 minutes, the images are noisy but not that bad. I wonder if being in space causes the camera sensors to pick up more noise. If anyone knows, feel free to leave a comment.

But the space station photos are really amazing, so head over to Flickr and check them out! These are not totally public domain, they can’t be used commercially, but you can download the high res versions of the photos and print or share them as you see fit. Here’s a few more to wet your appetite: 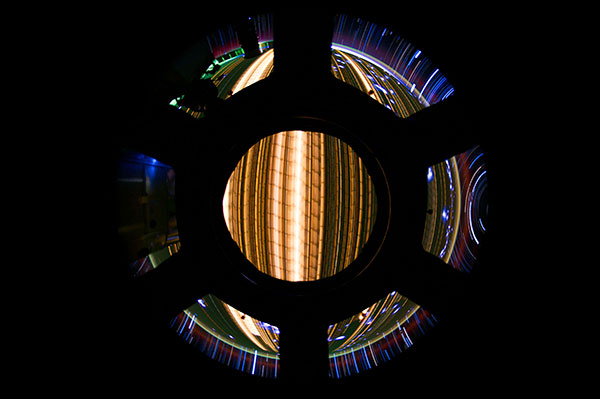 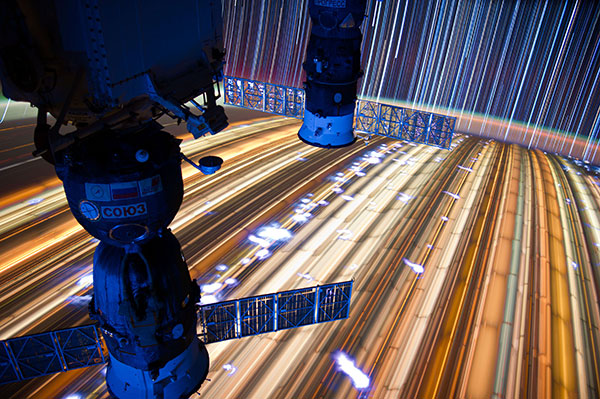