Apple has confirmed several times that a new MacPro is coming, so I believe them. There have been some good blog posts recently about this, notably Larry Jordan’s. The spat Apple has with the EU that has resulted in them not selling MacPros in Europe is mostly irrevelent. (Not completely, as you’ll see in a moment…) 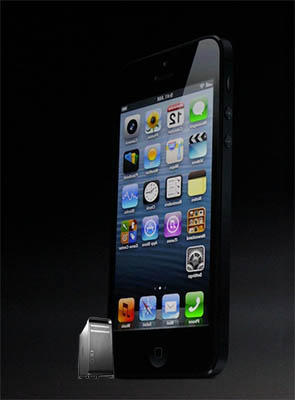 So I’ll jump into the fray. Yes, I’m playing armchair psychologist here. I have no inside info and am making all this up based simply on having watched Apple intently (and been subjected to their whims) for 25 years as a customer and developer. Take it for what it’s worth.

So why the about face when it looked like the MacPro was done for just a year or so ago? I think the main fact is that Steve Jobs is no longer with the company.

From Apple’s perspective there is no business case for the MacPro. Apple certainly does not need the MacPro. It’s a complete distraction from their incredibly profitable consumer products. The engineers and resources devoted to the MacPro could be devoted to products that are likely to sell 10s of millions instead of a few hundred thousand. The main reason I think we’ll see new MacPros is loyalty to a user base that has stuck with Apple through thick and thin.

I do not think this would be the case if Steve was still around. He was very quick to throw anything under the bus that he didn’t think was the future. (The MacPro is definitely not Apple’s future. I rather doubt Jobs was interested in keeping it, hence lackluster updates to the line and rumors of it’s demise. I don’t think everyone in Apple feels this way. I think there’s a lot of people at Apple who appreciate the professional segment and don’t want to see it go. So without Jobs around pushing it under the bus, the MacPro got a revival.

If you want to see how important the MacPro is to Apple, look at Europe. The EU claimed the MacPros didn’t meet regulations, and instead of making a few changes, they just pulled it off the market. You don’t do that with products that are generating lots of money and are an important part of your business. Of course, with new MacPros coming later this year, how long will Europe really be without them? Probably six months or so, but still. Apple knew these regulations were coming and could have built them into the last rev of the machine.

The easier question is does anyone still need the MacPro? This came up on one of the panel discussions I was on at CES… won’t people just do all their photo and video editing on a phone or tablet? Can’t we just tell Siri “Edit my video” and, boom!, it’s done?

Especially with ever increasing resolutions, desktop machines are still needed for anyone doing professional work. HD is barely a mature technology and we’re already seeing UltraHD (4K) popping up as the new buzzword (thankfully replacing 3D).

I guess we’ll see what Apple gives us later this year, but I suspect it will be aimed at professionals and will make most of you happy. You can thank Tim Cook that you’re not getting thrown under the bus…  Yet.