Yesterday, I joined Photoshop product manager Bryan O’neil-Hughes for his Photowalk. This was part of the effort by NAPP to get folks out and taking pictures. There were photowalks all over the nation because of this.

It’s a pretty cool idea and was great fun. Adobe rockstar Julieanne Kost joined us along with a few other Adobe folks. The walk itself was fairly short in length and mostly went a few blocks around the Adobe campus in San Jose. You’d be surprised at how long it takes for 50 photographers to go a few blocks. In any event, this led to many photos of the Adobe building (there also seemed to be a good deal of photographers taking pictures of photographers). 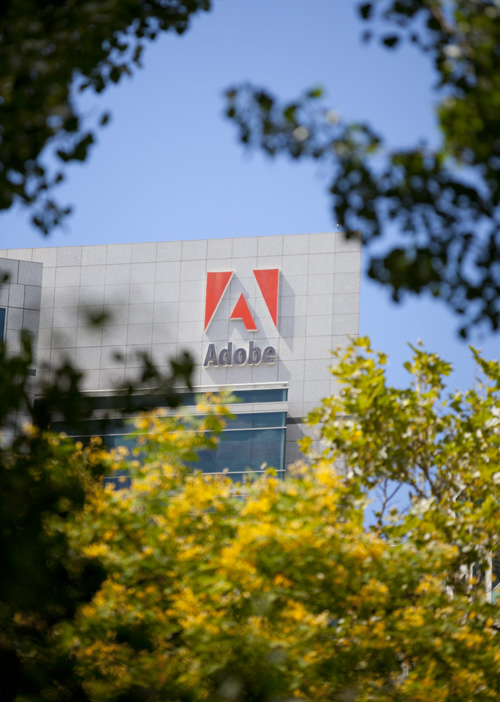 When you go on walks like this, it’s interesting what your choice of lens does to your photos.

In my case I brought the 70-200mm Canon 2.8 lens. An excellent lens, but not completely ideal for where we ended up walking. There’s a river that winds its way by the Adobe building and that’s where we were for most of the walk. Nice area, but somewhat closed in which didn’t give my telephoto lens a lot of room to work with.

I suppose if you don’t know where you’re going it helps to bring multiple lenses, but since this was a somewhat low key affair I thought I’d take my chances. When you only have one lens you do tend to make the best of it. Your decision making process adjusts to filter out the things you know just won’t work and you start looking (in my case) for interesting things far off.

I did get a few interesting shots…For example, this… thing. This is on top of a column out front of the Adobe West Tower. Perhaps a monument to a long forgotten turtle king? John Warnock’s Second Life avatar? A memorial to GoLive? Such are the mysteries of San Jose. 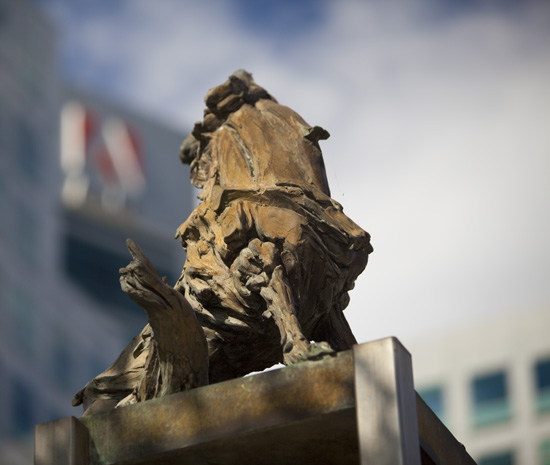 Little known to most people, Adobe has a factory that makes miniature models of factories… And the Adobe building, apparently. Deep within the bowels of Adobe is a secret chamber with a scale model of the Adobe building. We are not sure of the purpose of this, but here’s a photograph of it.

Interestingly, there are two albino figures walking amongst the faux Adobe towers. Who are they? Whither go they? Why are they walking in a planter? 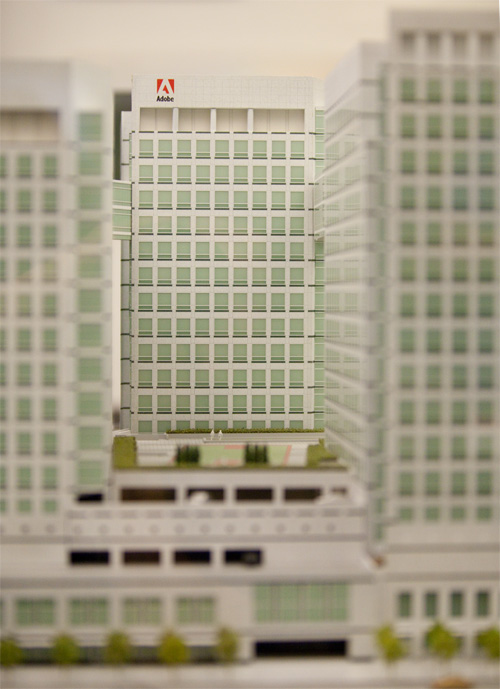 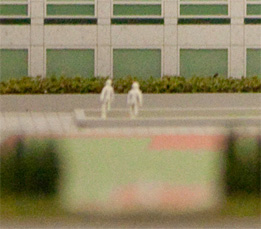 One thought on “Photowalkin’ (and camera lenses)”