In late April, one of my favorite publications ceased to exist. Only a week earlier, Studio Photography magazine had announced their partial rebranding as a source of news for location and studio as well as photography software, equipment and technique. I saw that info come in through their Facebook profile, in the form of a letter from their wonderful Editor, Diane Berkenfeld. 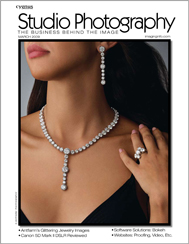 From Diane’s letter: “As of this issue, Studio Photography’s name is changing to Studio & Location Photography, which better signifies the type of shooting you — our readers — do. We’ll still be featuring articles on the different niches of professional photography: wedding, portrait, event, commercial, photojournalism, schools and seniors, sports and more. However, since 67% of your shooting is done on location or outdoors, not in a studio, we wanted the magazine’s name to reflect that. We’ve also changed the magazine’s tagline from “The business behind the image” to “Inspiration • Technique • Business” which also more closely represents the magazine’s editorial.” 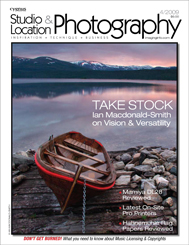 Great idea! More cool stuff. (Less about software, but that’s okay…) A week later, the magazine’s parent company, Cygnus Business Media, ceased operations of all of the publications in the photo group. This included PTN magazine, Studio Photography magazine, Photokina dailies, and the imaginginfo.com website. I can only imagine that SP’s staff was taken by surprise since they had just gone through a rebranding. Interestingly, I just now went to SP’s website and there is no mention of the discontinuation. Just content from the April 2009 issue, a still-active subscription link, and staff email addresses. Odd after two months.

And now… this week, an announcement from another of my favorite publications, Studio Monthly. This magazine has been an incredibly reliable and interesting source of news and tips about the video and animation community. Beth Merchant, the Editor-in-Chief, wrote an open letter titled ‘Studio Monthly Magazine Cease Print Edition’.

From Beth’s letter: “Maybe it was prophetic that the coverline on Studio/monthly’s June issue included the words “to Web.” I wrote that coverline long before the decision was made to end the magazine’s four-and-a-half year run as a standalone print and digital publication. But the Web is where The Studio Group is strongest and where we’ll continue to grow. Studio/monthly will deliver the same award-winning content at www.studiomonthly.com. The magazine online will do what it’s done from the start: provide practical, well-edited product reviews, in-depth tutorials, first-person advice and analysis of emerging trends at Studiomonthly.com and through our portal, Studiodaily.com. You’ll see the site evolve, however, as we refresh it more often with the kind of dynamic content that a monthly magazine could simply not deliver.”

The Studio Group will continue in he form of their companion website StudioMonthly.com and its portal, StudioDaily.com. I had also found these venues to be a wealth of information and in truth, spent more time on StudioDaily because of its human interest stories. Apparently, neither are just a companion any longer.

Both the SP and SM magazines had looked a little thin since early 2008. Of course, this is not due to the quality of their content, but instead a fall-out of the economy. Our company, Digital Anarchy, isn’t doing a lot of print advertising these days. It’s quite expensive and difficult to measure an audience hit unless you are doing a series of ads, preferably half page or larger, over the course of a few months. Which is expensive. Certainly other companies have been doing the same. And thus, the shrunken pages of the print magazine.

I am glad to see that Studio Monthly faired better. We all keep marching bravely alongside time.