On Monday morning, I received a newsletter email from 3DScience.com. This is a stock graphics website that services the medical community. Sometimes I’ll start the day off at 9:00am with a fresh cup of coffee and a fresh digital image of heart surgery. Yum! This time, the company is serving up Swine Flu graphics, including a giveaway of 3D models of the virus. 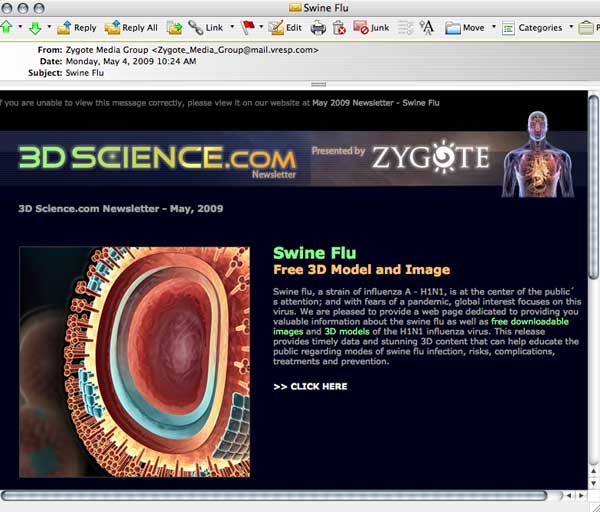 Along those lines, here’s an article on Techcrunch, which I found through ZDNet, reported a few days ago ‘Want To Avoid Swine Flu? There’s An App For That Too.’

“[S]ome companies are clearly trying to capitalize on the Swine Flu craze that is sweeping the nation. Naturally, someone just had to make an iPhone app. And the winner is IntuApps, which has Swine Flu Tracker, waiting for approval from Apple before it’s released into the App Store.” 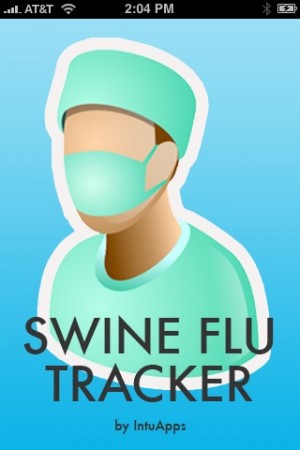 Proving that some people have nothing constructive to do with their large brains and too much down time. At least the app is for free. I suppose its better than the flatulence iApps that people actually pay a couple of bucks for.