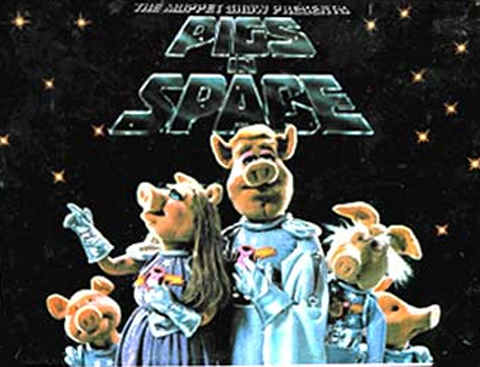 I sat next to the manager of the CBS station on a recent flight. Among other things we chatted about 3D TV and it’s purpose (if any) and whether it was just a fad. Particularly since everyone has just upgraded to HD.

HD is the type of technology that lots of people can understand and get behind. It’s ‘un-intrusive’, meaning it just makes everything look better. You don’t notice the technology after viewing it a few times (or until you see an SD show). People watching just see a better picture, so they’re happy, and producers don’t have to dramatically change how they shoot and tell stories, so they’re happy (except for the make-up artists who now really need to cover up those unsightly blemishes and removed tattoos… or they can use Beauty Box :-). Everyone has to buy some new equipment, but otherwise the changes are minimal.

3D is very intrusive. And does anyone really want it?

3D requires both the viewer change the way they view content, and it certainly causes producers to create shows that cater to the technology (which is expensive). Usually using the technology for the sake of the technology, not because it helps them tell better stories. We’ve already seen this ad nauseum in 3D movies, where there are things constantly being thrown at the screen or other visual gimmicks that really add nothing to the story or experience. Once the novelty of having things thrown at you wears off, where will 3D be? Probably where web3D is. Nowhere.

Back in 2000 I was part of a company that developed a web3D solution (Cycore’s Cult 3D). Web3D was going to be the next big thing. Everyone wanted to see cars, shoes, mp3 players, and whatever else in 3D. As it turns out… they didn’t. And because 3D is expensive to produce, web designers didn’t want to use it. 8 photos of a shoe is a lot cheaper than creating a 3D model. And for viewers, photos have about the save effect as 3D. Neither gets you closer to actually trying the shoe on. Which is the problem with 3D TV.

3D TV doesn’t really get you closer to feeling like you’re part of the environment. You’re sort of in the scene (and junk is flying at you), but the technology isn’t anywhere close to being good enough to really suspend disbelief. So it just becomes a distraction to the story you’re trying to tell.

Good stories is what makes good content. That’s what people want to watch. 3D in it’s current state (and for the foreseeable future), just doesn’t add that much. And into this you have to consider changing viewing habits with more people watching shows on computer monitors and mobile devices. Yes, IF you’re watching on a regular TV, there are some movies, particularly kids movies, that benefit. Games will probably benefit, and maybe there’s some uses in sports (assuming you’re willing to hang out with your buddies wearing 3D glasses). But mostly it’s a gimmick and I think it’s going to be a very hard sell to get people to care about it beyond the occassional kid movie or game.