So… what country do you think releases the most films? US? India?… Nope, Nigeria! This was one of the interesting tidbits that came out of the presentation Jon Peddie did at Siggraph Asia. Now, they’re not necessarily good films, but given the number of different languages (510!) Nigeria has, apparently they crank out a LOT of films (and, of course, it’s known as Nollywood). 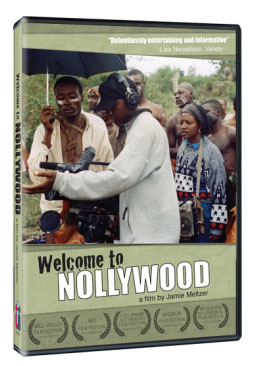 This info was put out there to drive home the point that a lot of the growth we’re probably going to see in digital tools is going to come from emerging markets. This means opportunities for both software developers and artists. Granted, I don’t know how much software anyone is actually buying in Nigeria (or what they’re paying artists). However, I do know that some emerging markets, like India, are buying software and, at the higher end, apparently there are some well paid opportunities. I know several folks that are working in China, Singapore, and India.

There’s a huge demand for digital content worldwide. Movies, games, whatever… With phones and tablets we are constantly connected to devices that let us view and play whenever we have a little free time. Some of this content is becoming less valuable because there’s so much of it. (There’s certainly a lot of crap on YouTube!) The stuff that stands out though becomes extremely valuable simply because it’s able to stand out from the rest of the 10 million lolcatz videos out there. Professional produced and marketed content will usually stand out… but it’s becoming easier and cheaper to produce high quality entertainment. (although, it’s becoming more expensive on the high end for 3D movies and ever more complex and immersive games)

It’ll be interesting to see how and where this valuable content is created. As the tools get cheaper you’re going to see a lot more graphics power in the hands of everyone. Nvidia now has a graphics chip for mobile devices. You can record and edit video almost in real time on a phone or tablet. And it’s fascinating to see things start to go the other way… from digital to analog. Pretty soon you’ll be able to scan in a real world object with an app on your phone, transmit the data to your nearby $1000 3D printer and recreate the object. (or at least the exterior look of the object) There’s some pretty incredible technology out there.

While there is some truth to the computer graphics industry being somewhat mature, there are still a lot of untapped areas. We’re constantly seeing new devices, new ways of distributing content, and the tools are getting cheaper/easier/faster. While we may not be watching movies spoken in Igbo, the content we watch may be coming from unexpected places and the content you produce may end up distributed far wider than you would imagine.